The drawknife is used for rather rough modelling and for cutting to a straight line when the cut is made on the edge of the board.  It can be used to pare thin shavings as well as to slice off large pieces in roughing down to the line. It is also used in making hoops for barrels. 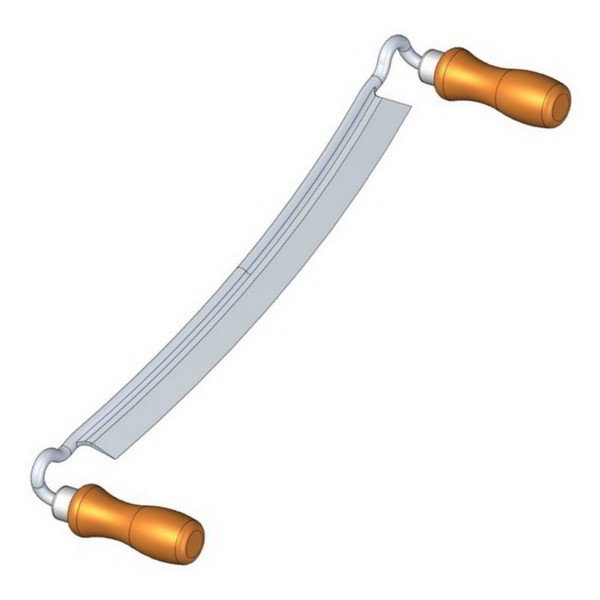 It cuts much like a knife or very wide chisel, and can be used with the flat side or the bevel against the wood as may be required.  As it has only a short surface to bear on the wood and guide its course, it is apt to follow the grain and cut too deeply, so be careful to cut with the grain if possible. Stop and cut the other way whenever necessary.The tool is worked with both hands, so that the whole strength can be thrown into its use.

It is often best either to draw the tool sideways across the  work while pulling it toward you, or to hold it obliquely and pull it straight toward you. 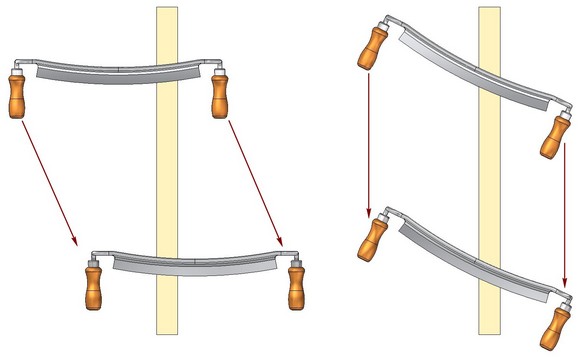 It is a dangerous tool if left carelessly on the bench.If the latter is used, a piece of wood should be fitted over the edge to protect both,  it and the hands when the tool is not in use.

Draw knives are made with folding and adjustable handles, for places which can not be reached by the blade of the common form, and there are guiding attachments for chamfering.

To pare with a drawknife

Clamp the stock securely in the vise. Note the direction of the grain, and pare in the uphill direction. Hold the blade at an angle and allow it to slide laterally to produce a shearing cut. In finish work of this sort, take light cuts to prevent digging in or splitting the piece.

Place a medium or fine oilstone on a block sufficiently high to cause draw knife's handles to clear bench. Moisten oilstone with a few drops of clean light oil. Place draw knife blade on stone and tilt knife so bevel lies flat on stone. Rub blade on stone in a circular motion so entire length of the bevel contact oilstone. 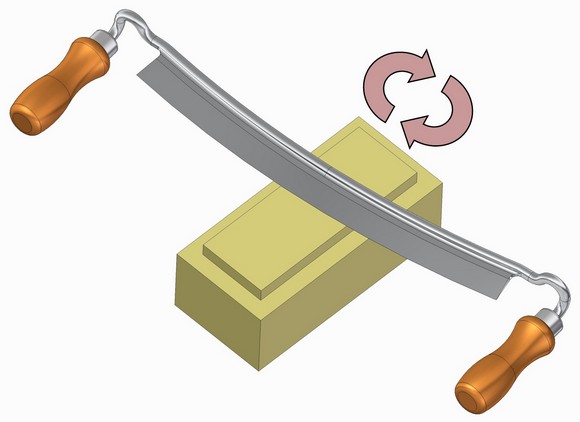