It is made of steel, having two flat blades at right angles to each other an having measuring scales on every edge. The long side of the steel square is known as the blade (or body) and the short side as the tongue. The chief value of this tool to the bench worker lies in the fact that it is much better than a try square for use on large work. The edges also are often used as straight edges in laying out work. 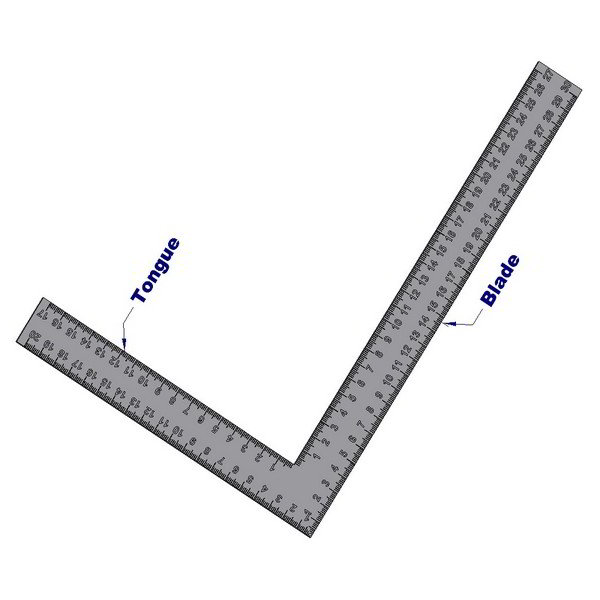 A steel (framing) square can be used for laying out angles by foloving the illustration and table below. The pivot point for measuring these angles is the 100mm mark on the tongue of the square.

To lay out a 45o angle, place the steel square on the face of the stock so that an equal number of graduations on the blade and on the tongue fall on the stock. 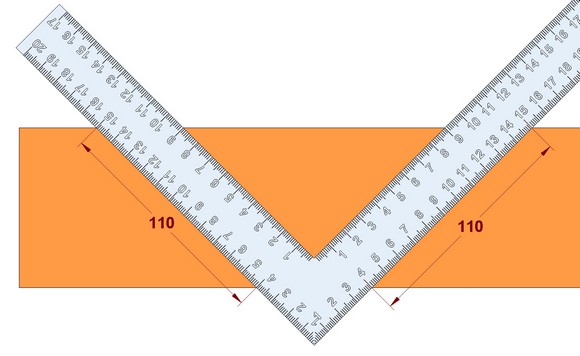 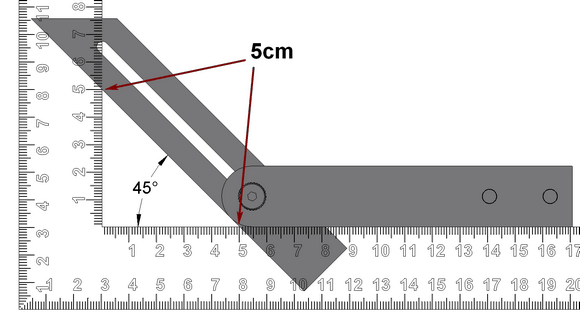 If a steel (framing ) square is suspected of not being accurate, it may be tested easily. Use a board that has a perfectly straight edge 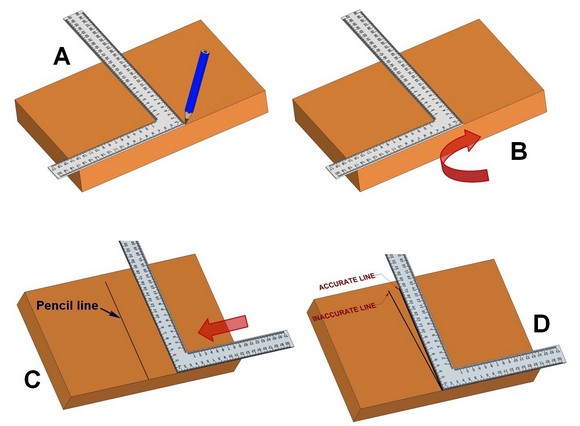