For rough knockdown or outside furniture, the tenon can be cut longer than the depth of the mortise, with a hole drilled into the protruding part of the tenon and a key driven close to the outer face of the member which has the mortise cut into it.

When this is done, it is called a keyed mortise and tenon joint. 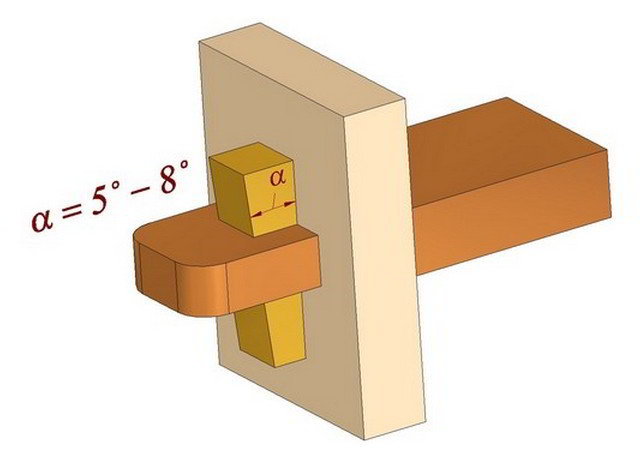 Lay out the sides of the mortise for the key before the sides and shoulders of the tenons are cut. From the shoulder line of the tenon, measure toward the end a distance slightly less (about 1mm) than the thickness of the member thru which the tenon is to pass. This is to insure the key's wedging against the second member. Square this line across the face edge and on to the side opposite the face side. On the top surface measure from the line just squared around the piece a distance equal to the width the key is to have at this point when in place (line A-B). Square a pencil line across the surface at this point. In similar manner, measure and locate a line on the opposite side (line C-D). Set  the gage and mark the side of the mortise nearer the face edge on the face side and side opposite. Reset, and from the face edge gage the farther side of the mortise, marking both sides. This mortise may be bored ans chiseled like the one preceding. As one side of the mortise is to be cut sloping, a little more care will be needed.

A second method of laying out the mortise in the tenon consists in locating the ends of the mortise by placing the key and scribing along the sloping side. These lines are then squared across the two surfaces of the tenon. The remainder of the procedure is similar to that just described. 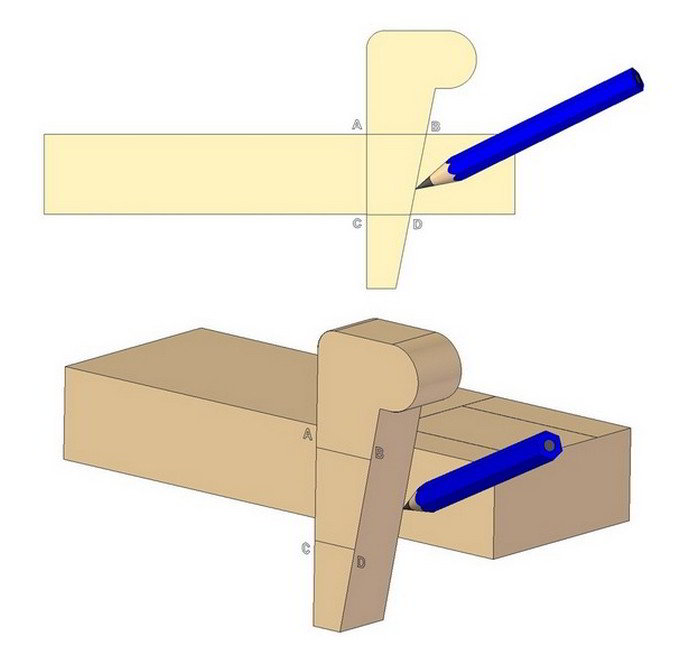 Keys are made in quite a variety of shapes. Where two or more keys of the same size are to be made, it is customary to plane all in one piece. Plane a face side, a face edge, and shape the remaining edge as desired. The lines A-B and CD, indicate the points at which measurements are to be made to determine the length of mortise in the tenon which is to receive the key. These lines should be laid off at a distance apart, equal to the thickness of the tenon. 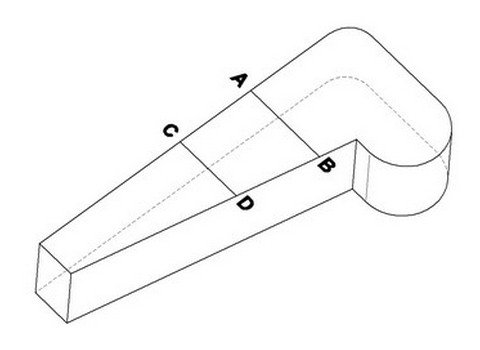 To make the keys, get out one piece of the required size and long enough to make all the keys wanted. Saw them to length, gauge the small ends, mark the taper on the sides, and cut to the lines. They can also be got out in one block, tapering, and then sawed into the required number of wedges; or a rectangular block of the necessary size can be sawed slantingly. 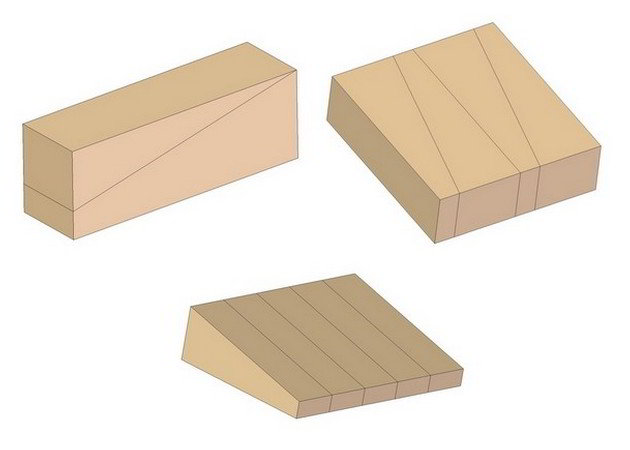