When the joint is put together, the holes are not in line and a pin driven through the hole will pull the joint together very tightly. The amount of difference in the center line of the holes should not be more than 1- 2mm (1/32in), and the pin should be pointed to prevent splitting. This has to be done with judgment; for if the hole in the tenon is too much out of line, driving the pin through puts too much strain on the end of the tenon, on the pin, and on the sides of the mortise.

This kind of fastening is used chiefly on heavy framing where strength is the most important thing to be considered.

To pin a mortise and tenon, mark a point with try square and gauge upon each side of the mortise piece, fit the tenon in place, bore a hole, drive through a snugly fitting pin, and trim off the projecting ends. In fine work bore from both sides. The pin should be slightly pointed before driving.

If the pin is too far from the edge, its hold on the tenon will be weak and the end of the latter may break out (shear), If too near the edge, the sides of the mortise may tear or split off. 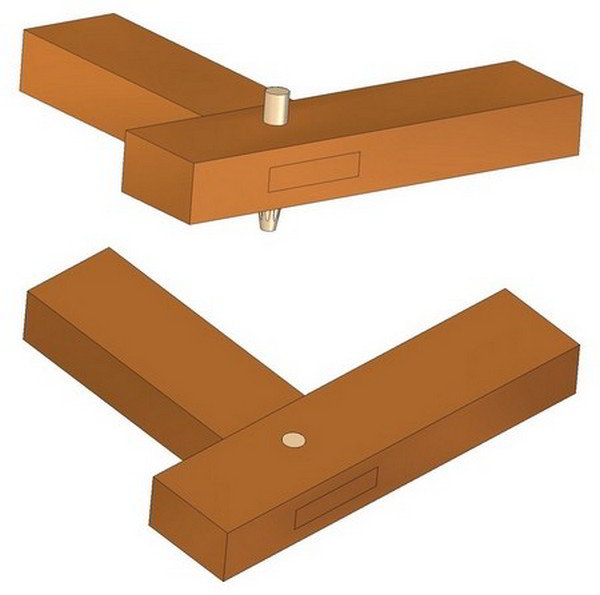 Pins are employed principally as a means of holding tenons in mortises. In carpentry one pin, generally, is used in each joint, its diameter varying from1/6 to 1/8 the width of the tenon. It is commonly placed at a distance from the abutting cheeks of the mortise, equal to 1/3 the length of the tenon. But to secure the maximum strength of the joint, its exact location in any particular case must be fixed with reference to the character of the material, and also to the relative thickness of the tenon and the cheeks of the mortise. In joinery, it is found best to use two or more pins, and, whatever the proportions of the joint may be, these rarely exceed 10mm in diameter. They are inserted very near the abutting cheeks of the mortise, so that part of the mortise between them and the shoulder of the tenon, will not shrink enough to make an open joint. Square pins are better than round ones, but the latter are more easily fitted and, therefore, more used.

Bore with a bit through the face of the piece and mortise. The hole is not bored all the way, but when the point shows through, turn the piece around and bore from that side to complete the hole. By this means a clean cut is made on both sides of the piece. 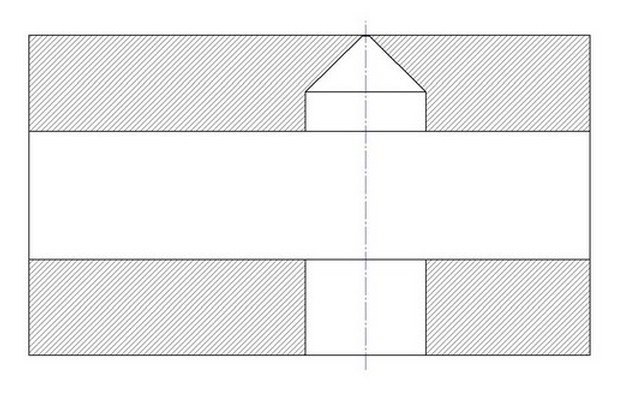 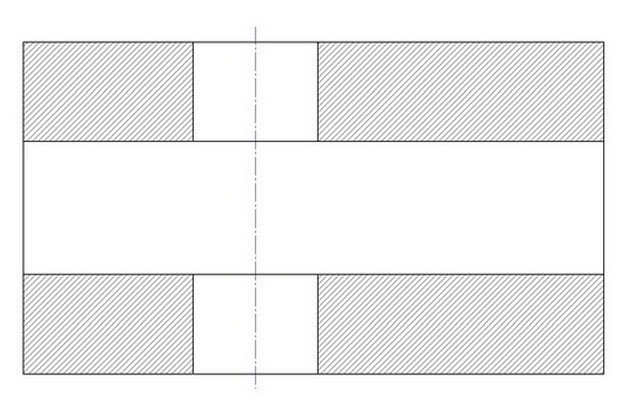 Place the tenon in the mortise and mark the center of the hole on it with the point of the bit. Remove the tenon, and start the bit about 1mm nearer the shoulder. The hole thus bores is not in a line with that of the mortise, but when the pin is forced through, the pieces are brought closer together, forming a stiffer and stronger joint. 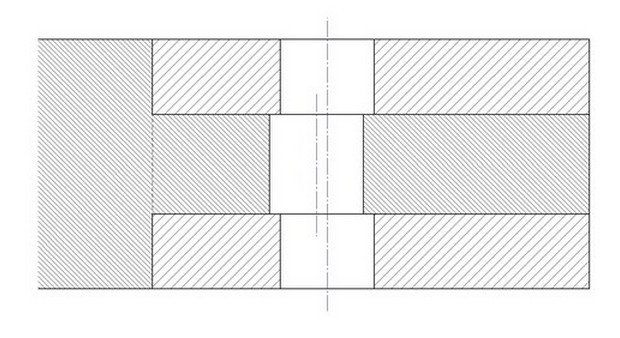 The pin is planed to square, chamfered with plane or chisel to an octagon shape, rounded and pointed with the chisel, which is just one half size. In practice, the pin is driven in flush with the face of the mortise piece, the protruding portion being either allowed to remain, or sawed off close.

For large through mortise joints, such as are seen in the heavy frames, two pins are used. 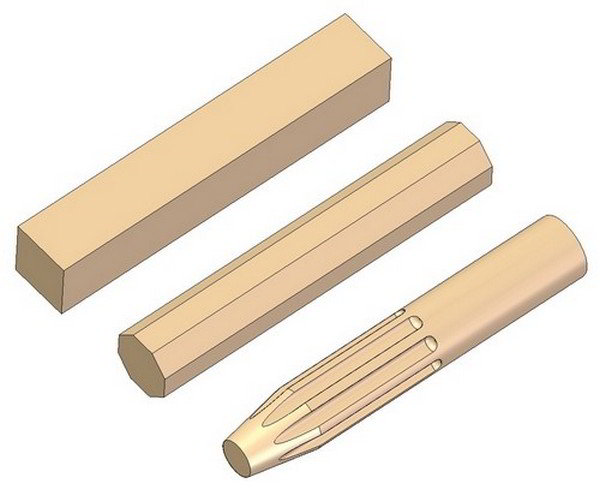 The practice of drawboring is not to be commended, and, if indulged in at all, great care and discretion must be exercised. In many cases, it puts a strain on the joint which is nearly equal to its maximum resistance, and but little strength is left to do work for which the joint is made. Frequently, the mortise or tenon is split and rendered practically useless.