On this page you can download a printing ready 3D model of the little house that is often seen in cartoons or children’s books and comic books.

The Mushroom House 3D model is drawn using Rhino 3D CAD software and T-splines plugin for Rhino. We have drawn the shape of the house in T splines plugin and transformed it into Rhino polysurface.

With the commands of Rhino software we have added the doors and the window. The initial form of the house can be drawn with Rhino commands as well. However, drawing organic 3D shapes is far easier in T splines plugin. 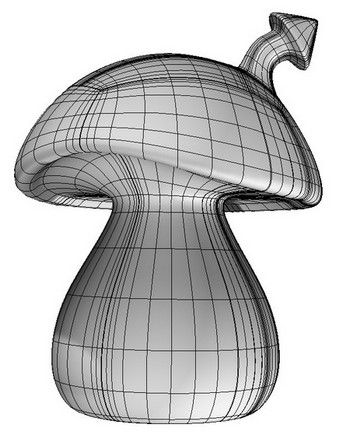