This is a project with which you can make the famous solid dissection puzzle known as the Soma cube.

The Soma cube was invented by Piet Hein, a Danish author, poet and polymath, much appreciated among the fans of recreational math for the many games and logic toys that made him famous. You will find this type of puzzle in almost every logic toy store, which is a clear indicator of its popularity, appeal and quality.

Believe it or not, Hein invented the Soma cube during a lecture on quantum mechanics conducted by Werner Heisenberg, the famous German theoretical physicist. One thing is for sure – there was no way that the Dane could have considered Heisenberg's lectures to be boring; he followed them very closely. Had it not been like that, we could have never enjoyed the beauty of his beautiful puzzle toy. Namely, Heisenberg was lecturing about the space and how it was divided into cubes; since great ideas are usually born in the presence of great people, in a flash of inspiration, Hein was able to capture an interesting thought that immediately turned into a question: “Is it possible to form a larger cube from all the irregular shapes obtainable by putting together identical cubes, of which there are no more than four?" Then Hein quickly sketched all possible combinations on paper, and as a result he got seven different pieces (see in the picture below). These figures are known as the Soma pieces (Piece, V, L, T, Z, A, B and P).

Well, can Soma pieces be so stacked that one gets a larger 3x3x3 cube? By looking at them as they are in the picture, the answer to the question posed seems to be negative. Even the Danish polymath must have thought the same at first glance. When the lecture was finished, he immediately put together the 27 smaller cubes into the parts from the picture, and tried to fit them into the required shape. We don't know how long it took Hein to put together a 3x3x3 cube, but we believe that you are interested in how long it would take you to do it!

To take a chance, we recommend that you make your Soma cubes from wood. Soma cube pieces are very easy to make because you only need to cut a lath that has a square cross-section. Select the side dimension of the square to be between ¾ in and 1 ½ in. Cut the lath into cubes, and put together the Soma pieces based on the picture above. And voilà, you have become the owner of a new logic puzzle toy that will be so much fun to share with your family and friends for a long time in the future!

There are many ways to assemble a Soma cube puzzle: 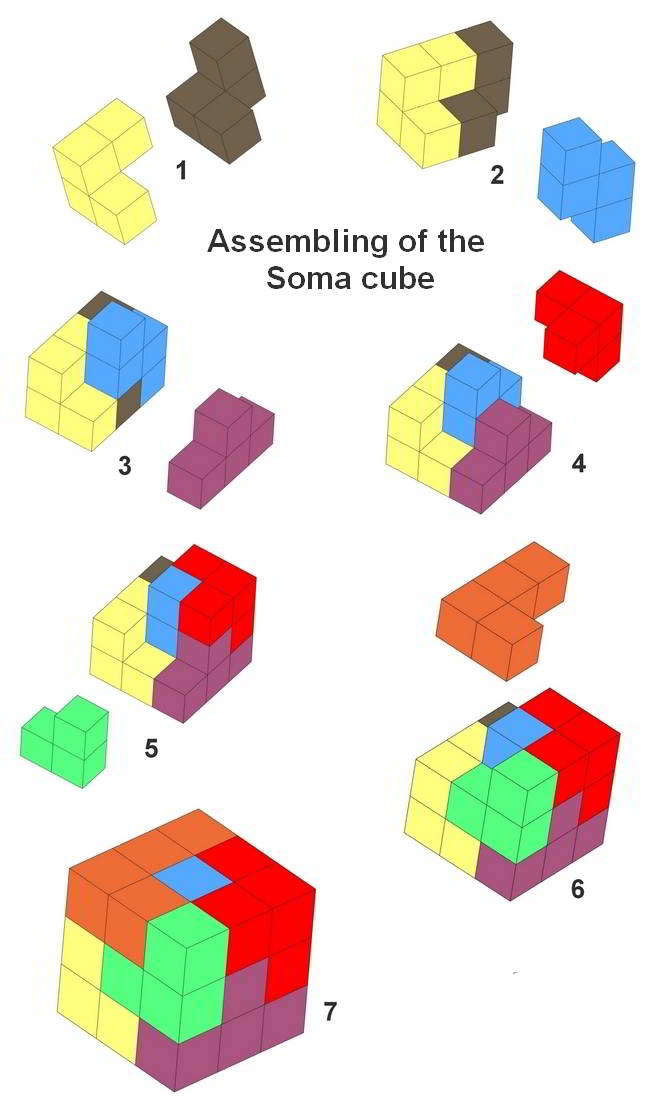 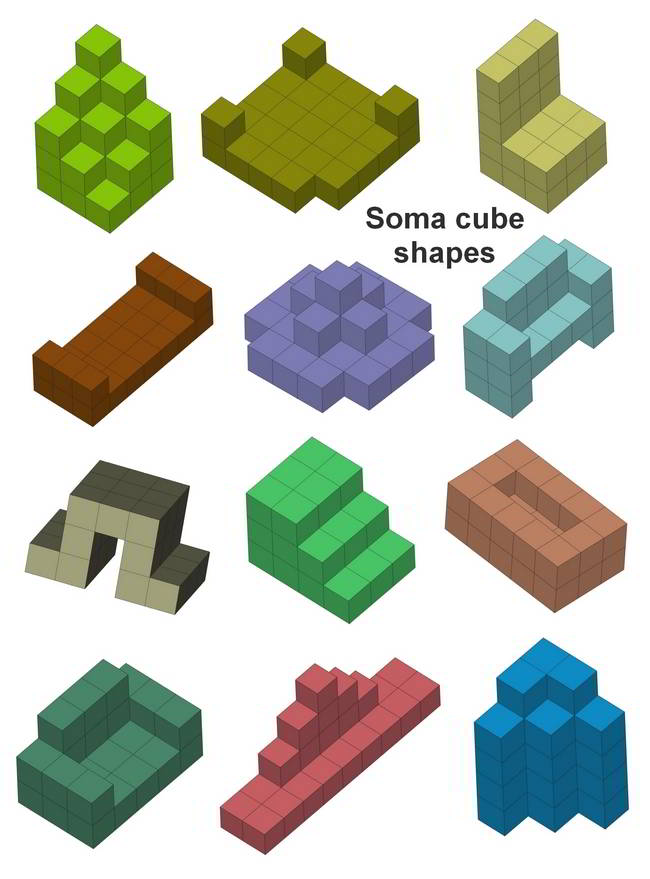 If you love puzzles like this, we recommend that you create a similar puzzle known as the Pentomino.

A special variant of the Soma cube puzzle is known under the name Tetracube. In the next picture you can see what Tetracube pieces look like. 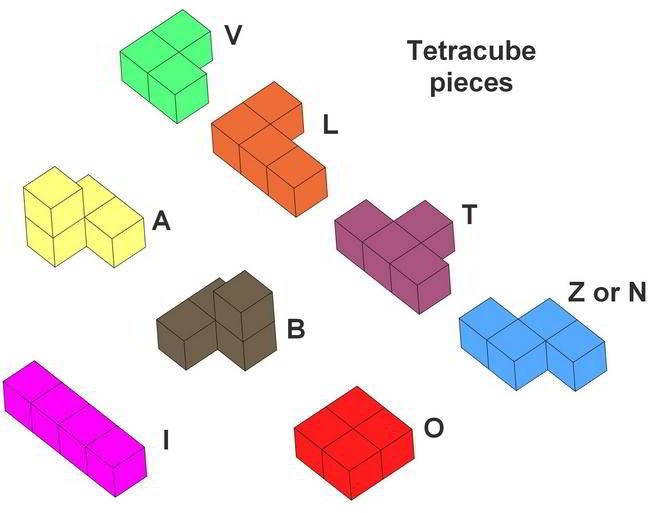 Since their total volume is 32, it is clear that no cube can be obtained from them. However, they are easily assembled into a 2x4x4 cuboid, and the 3D figures obtained are also quite interesting. 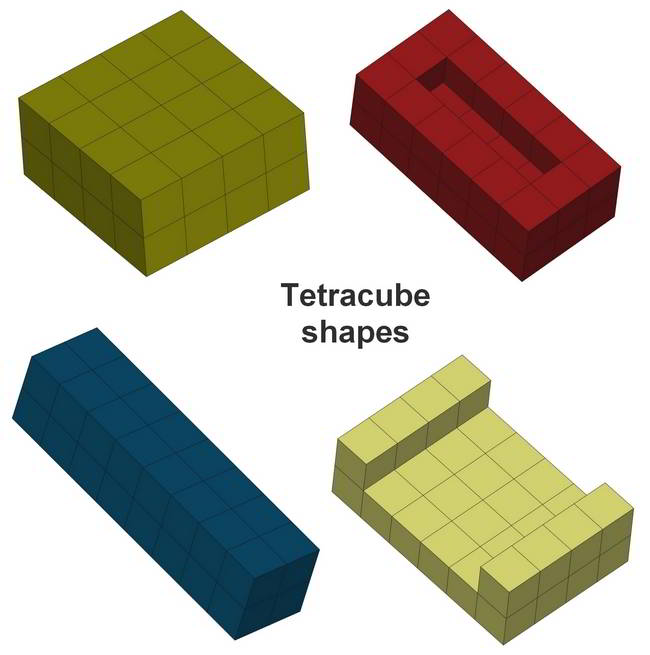